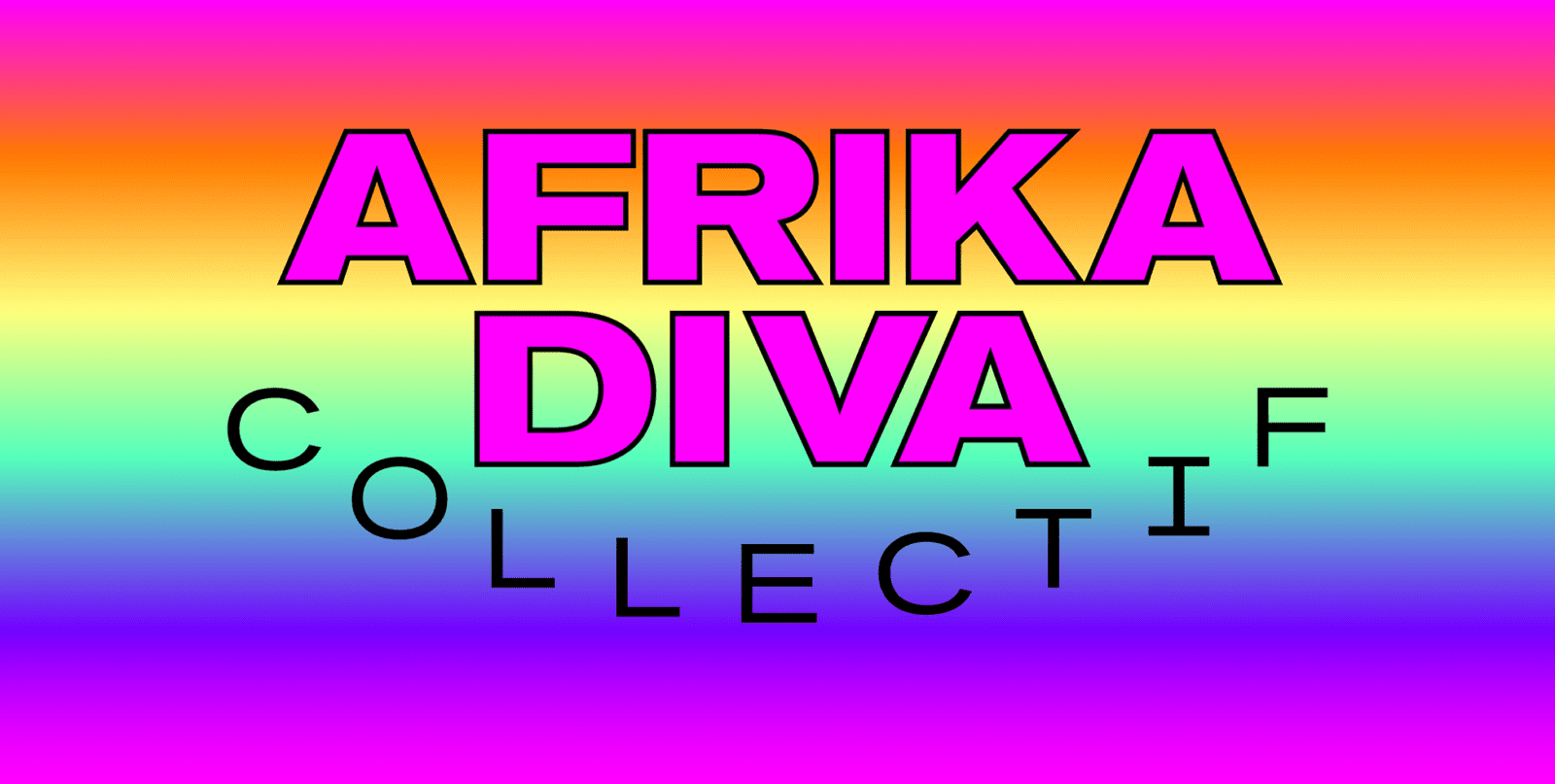 On the 26 November, SPAM will drop its first release. The Afrika Diva Collectif brings together five women artists from several disciplines to mark the beginning of the project. What can it mean to be a women* in Kinshasa? How does a women*’s body move in this megacity, with what actions and reactions is it associated – which preconceptions pass before or after it? How do we feel the gaze of the many media consumed on a daily basis? What role do clothes and fashion play in all this? What is beauty, anyway? The collective will discuss the social pressures and impacts on women*’s bodies, as a daily (and nightly) spam that impacts lives and moves on many scales of violence. Afrika Diva Collectif thus activates a long proven format that it has practiced for many years: gatherings among women* that give mutual support and conversations that undo powerful weights.

Afrika Diva Collectif (created in 2014) is a collective of women artists in the D. R. Congo, initiated by rapper, trained lawyer, project manager and mother Orakle Ngoy. The collective works towards more visibility for Congolese female talent in the D.R. Congo and abroad. The collective organises exhibitions, concerts, workshops and discussion groups among women, to address systems of power. They participate in festivals and global networking projects. Since 2018 the collective organises the YAMBI CITY festival.

Bernie Bobina Mpia (alias BMB Voix d’Ange), was born in Germany and now lives and works in Kinshasa. She is TV and radio host at RTGA (Radio Television Groupe Avenir), as well as a border-crossing musician with a diploma from the National Institute of Arts in Kinshasa (INA). She sings in all the national languages of the R. D. Congo. Her musical genre is a mix of gospel, R’N’B and Congolese folk music, creating a singular energy with rhythms originating in her sensibility for the traditions of her country. The depth of her lyrics is rooted in Congolese daily life, the cultures and realities of her people, as well as her personal observations of the social realities surrounding her. Since 2000, she has been working alongside the rapper Orakle Ngoy and has accompanied her to several festivals and numerous projects. She is secretary of Afrika Diva Collectif, where she leads debates against the oppression of women.

Gina Ndaya works and lives in Kinshasa as a stylist, holding a diploma from the Institut National des Préparations Professionnelles (INPP). Her perspective on clothing and fashion goes deep: for Gina Ndaya, clothes are vehicles for lightness and fluidity. Clothes, according to her, have an important role to play in everyday life: to bring ease, comfort and touch. In her perspective, a better dressed world is also a better world, because good clothing can free us from inner and outer constraints — it can give us pride and self-confidence. This is where she sees the function of clothing: she sees it as a passport, a passport to be oneself. In the same logic, she explores the aesthetics and the valorisation of African products.

Sarah Ndele, born and raised in Kinshasa, is a visual artist who graduated from the Académie des Beaux-Arts in Kinshasa. Her field of work is wide: she expresses herself through sculpture, painting, performances, and has recently started writing. Through the legacy of the anti-colonial revolutionary and syncretic prophetess Kimpa Vita (1684–1706), Sarah Ndele explores the idea of memory, roots and education. Thus, she engages in a rigorous research in Kongo art. Her Yombe origins led her to work on so-called traditional masks — metaphorically speaking, to “maintain the roots”. She nicknames her method “matsuela” (meaning “tears”), to express the creative duality of tears and seeing in them a possibility of the reconstruction of a new, completely independent Africa. Her art has been shown in several contexts; in the D. R. Congo and elsewhere (Centre Wallonie Bruxelles, British Embassy Kinshasa, VITO, Artkeo, Musée Bandjoun Station, Institut Français, Kinact — Rencontres Internationales des Performeurs, CNPP Kinshasa, Ndaku Ya La Vie Est Belle, Yango Biennal 2). Sarah Ndele is very active in the cultural scene in Kinshasa and recently coordinated the Kasala: Dans l’Âme de la Femme festival. She is currently a resident in the artists’ cooperative Ndaku Ya La Vie Est Belle.

Orakle Ngoy is a trained lawyer, rapper, musician, song writer, performer, project manager, producer, activist and mother. Since many years she speaks up against hate, sexism, inequality and violence. Her art is rap, a hardcore call to the Kinois to respect the “Mamans” (mothers), Congolese and all women. Her music is like her image, a mixture of cheerfulness, ghetto and kinois realities, mixing Congolese musical styles, folk and artistic performance. She is a member of several kinois rap groups, like Les Enfoirés and Rage Familia. Since 2018 she is vice-president of the Arterial Network Committee in Kinshasa. She has been part of numerous projects within and outside of the Congo’s borders (to mention a few: Yambi, ACUD Macht Neu, Berlin and Kinshasa, 2019; Spinning Triangles, SAVVY Contemporary, Berlin and Kinshasa, 2019; Punch Agathe, Pumpenhaus, Münster and Stuttgart, 2019; Concerts in Tunis (Journées Musicales de Carthage, 2018); Brazzaville (Mbote Hip-Hop, 2018); Dakar (Afropolitan, 2018) etcetera. Since 2018 she leads the project Yambi City, produced with members of the Afrika Diva collective that she created in 2014.

Soraya Odia is a Congolese author, slam artist and blogger with a degree in project management. She made her debut in the literary world in 2012 when she won the third prize in the Plumes Conscientes competition. In 2017, she returns to the literary scene as a slam artist with Lipoposlam. Since then she has been involved in several projects in the literary world, for example with Aperoesie and Concert de mots which are organisations promoting belles lettres in Kinshasa. Soraya has also participated in writing workshops organised by the Institut Français de Kinshasa and the Tarmac des Auteurs. As a literary activist, Soraya created the Majuscaux literary blog in 2017, followed by a YouTube channel of the same name in 2020, to share her readings and promote literature among her compatriots. Through a photographic series, her success on social networks was quickly triggered, earning her the nickname of “the book seller”. Since May 2020, she has been running a circulating library in the city of Kinshasa.